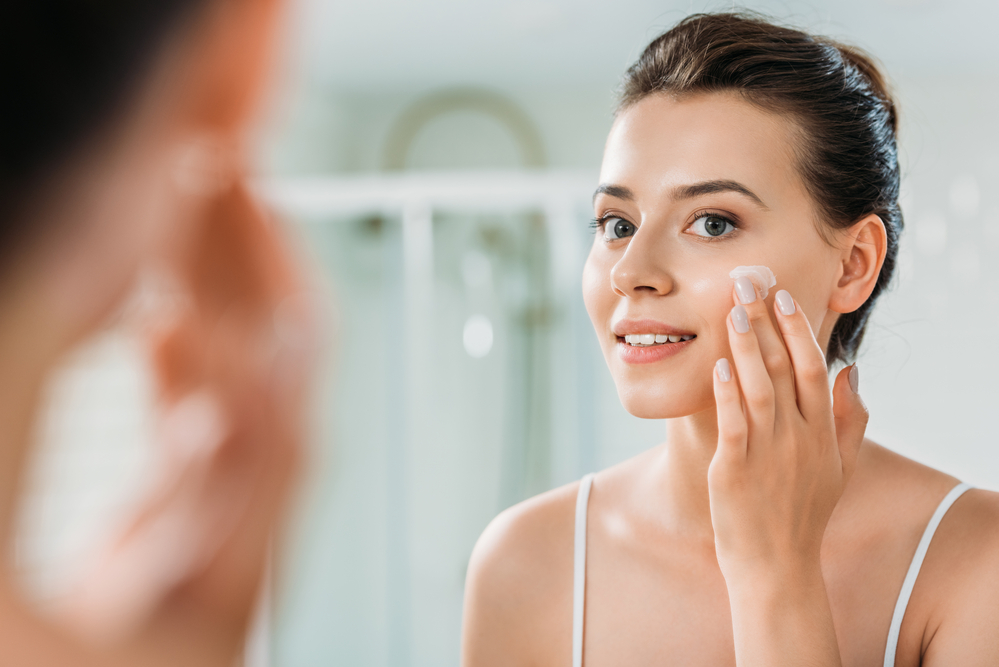 On every person’s face, there is a layer of dead skin cells, small hairs, dirt, and other debris. All of these things can clog pores, cause acne breakouts, cause self-consciousness, and result in skin that isn’t as healthy, radiant, or smooth as it could be. Revive MD Center in Glen Allen, Virginia, offers several state-of-the-art services and treatments, including dermaplaning in Richmond, to help people achieve healthy, radiant skin for a higher quality of life.

Dermaplaning, or epidermal scraping, is a process that involves using a sterile, medical-grade surgical blade to remove the dead skin, dirt, oil, debris, and hair that exists on the surface of the skin.

During this treatment process, an experienced technician will carefully scrape the blade across the skin in short strokes at a forty-five-degree angle after cleansing the skin and applying a degreaser. The technician will hold the skin taught as they scrape off the upper layer of dead skin. This can remove two to three weeks of built-up dead skin cells, dirt, oil, and debris from the skin in a single treatment session.

What Are the Benefits of Dermaplaning?

It Is a Quick Treatment

One benefit of dermaplaning is that it is a fast process. Generally, epidermal scraping will take ten to twenty minutes. It can be performed on its own or in combination with other treatments, like a facial, a peel, a rich hyaluronic acid mask, or moisturizing cream. These treatments will be able to penetrate the skin more easily and more deeply, maximizing the treatments’ effects because there will be fewer barriers (like dead skin or dirt) in the way.

It Is a Non-Invasive Treatment With No Recovery Time

Epidermal scraping is a non-invasive treatment that requires no downtime. People can continue with their daily activities after receiving this treatment without having to worry or keep up with an extensive aftercare routine.

It Does Not Hurt

Another benefit is the fact that this treatment is painless. An experienced technician will use precise, light, feathered strokes to avoid scratching, piercing, or damaging the skin in any way. People may feel a slightly cold and scraping sensation during this process, but it will not feel painful.

It Can Remove Vellus Hair

Vellus hair on the face, which are also known as peach fuzz, are fine hairs, short hairs that measure no longer than two millimeters. The presence of these short and soft hairs on the face is very normal in both men and women, but these hairs can be annoying and may negatively impact a woman’s confidence. Vellus hairs can also contribute to the skin’s dull appearance.

It Can Remove Dead Skin Cells

It Can Help Unclog Pores

It Is a Safe and Effective Process

This process is both safe and effective when performed by professionals. Professionals can carefully and effectively wield the sterile, medical-grade surgical blade to scrape the dead layers of skin, dirt, and other debris off of the face.

It is always best to go to a professional for an epidermal scraping treatment session. The kits sold for use at home will leave micro-abrasions and scratches on the skin which can result in even more problems than before like scarring or infection. The blades in these kits are also less sharp, less sterile, and less effective.

It Does Not Require Using Any Harsh or Synthetic Chemicals

It Does Not Require Using Any Lasers

This process also does not need lasers to remove the hair which can have some negative side effects and be a riskier process than simply dermaplaning. For example, crusting may occur after receiving a laser treatment which can then lead to scabbing or scarring. People with lighter skin are also more likely to have darker pigmentation in the areas that were targeted following their laser treatment while people with darker skin are more likely to have issues with having lighter pigmentation.

People can avoid these potential negative side effects through receiving epidermal scraping instead. The process does not require lasers, but can still effectively remove hair.

It Can Be Performed Often

Epidermal scraping can be performed frequently to keep the facial hair at bay and ensure that the face remains clean, bright, and healthy. While other treatments may require a lengthy period of time in between treatments, dermaplaning can be performed every three to four weeks, which corresponds with the twenty-eight to thirty-day natural turnover rate of skin cells.

It Can Help Reduce the Appearance of Acne Scars

Epidermal scraping can also help reduce the appearance of acne scars, which can be embarrassing and incredibly stubborn. Acne scars are often caused by inflamed blemishes. Skin pores become engorged with excess oil, dead skin cells, and bacteria and swell in size. Once the skin pore swells, the follicle wall can break.

Epidermal scraping helps minimize the appearance of acne scars because this deeply exfoliating process will trigger a healing response in the body and increase collagen production. This new collagen and the development of new skin cells will help reduce the appearance of any discoloration and help smooth the skin’s uneven texture left behind by acne by replacing the old skin cells with ones that are more uniform in color and will create a more even surface.

It Can Help Diminish the Appearance of Fine Lines

Epidermal scraping can also help reduce the appearance of fine lines. Wrinkles become more prominent and pronounced when the skin cells that make up the folded area die. Their deaths cause them to become duller and darker, which draws more attention to the wrinkle.

The deep exfoliation that the skin receives during epidermal scraping removes these dead, darker cells, which instantly makes wrinkles a little less noticeable. It also results in new, healthy skin cells taking their place so the skin will look healthier, smoother, and younger.

It Will Not Result in Hyperpigmentation

While some facial scrubs may be too harsh and cause micro-abrasions in the skin which can lead to hyperpigmentation as the skin tries to heal itself, dermaplaning does not cause any micro-abrasions.

Hyperpigmentation is a fairly common skin condition in which the skin produces more melanin, which creates spots or patches of skin which will appear darker than the surrounding skin. Inflammation, skin injuries, age, hormones, and sun exposure can all provoke an increase in melanin production.

Because epidermal scraping, when performed by professionals, will not create any new cuts or punctures in the skin, the process will not result in inflammation or skin injuries so there will not be an increase in melanin production and hyperpigmentation.

It Can Help Improve the Appearance of Hyperpigmentation

This deep exfoliation process helps reduce the appearance of hyperpigmentation because it triggers the cell regeneration process which will help even out the skin tone. The old cells with increased levels of pigmentation will be replaced with new cells which don’t suffer from hyperpigmentation. This will allow the darker areas to become less obvious and blend in more with the rest of the non-hyperpigmented skin.

It Can Result In Healthier, Smoother, and More Radiant Skin

It Works Well With Most Skin Types

Epidermal scraping can benefit people with most skin types. This process can give people better skin and help minimize the appearance of hyperpigmentation, acne, and vellus hair. It is a quick, easy process that can be beneficial for all sorts of people.

However, people with very sensitive skin or those suffering from rosacea might want to discuss whether dermaplaning is the best option for them with a professional. Additionally, people suffering from a major acne breakout or pus-filled acne should probably wait until the breakout clears before continuing with getting an epidermal scraping treatment.

Another benefit to this treatment is that it can help maximize the skin’s absorption of skin peels, serums, and moisturizers. Removing the dead skin cells on the surface of the skin means that these skincare products are able to penetrate the skin more easily and effectively. Epidermal scraping removes most of the barriers (like dead skin cells, dirt, and vellus hair) which might stop skincare products from properly penetrating the skin and working at their maximum efficiency.

It Makes It Easier to Apply Makeup

This treatment makes applying makeup smoothly and evenly easier. Epidermal scraping removes the layers of dead skin, dirt, and dust that can cling to the skin and make it uneven. This process also works to remove the fine hairs on the face and can encourage new skin cells to grow in order to replace the old ones. These new replacement cells are healthier and will form a more even surface which makes it easier to apply makeup smoothly and evenly.

If you have more questions about the benefits of dermaplaning, contact us at Revive MD Center in Glen Allen, Virginia. Doctor Rumki Banerjee, Doctor Suman Banerjee, Provider Sabrina Chica, and Provider Emily Hatch work at our center for excellence in regenerative medicine, anti-aging, and aesthetics to provide everyone with high-quality care and top-notch solutions for their skin problems. 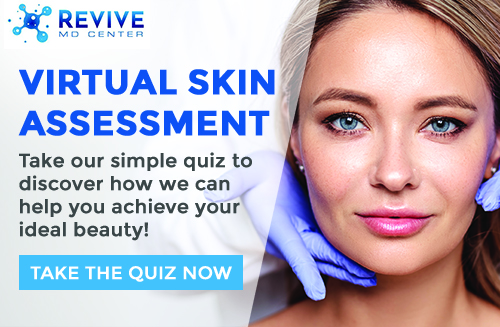 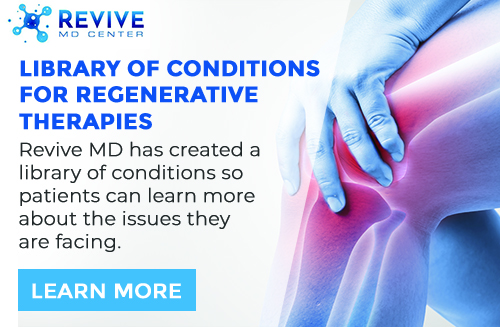 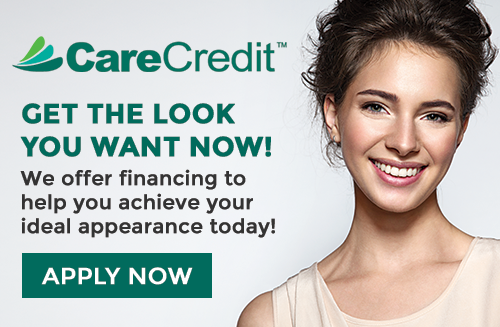 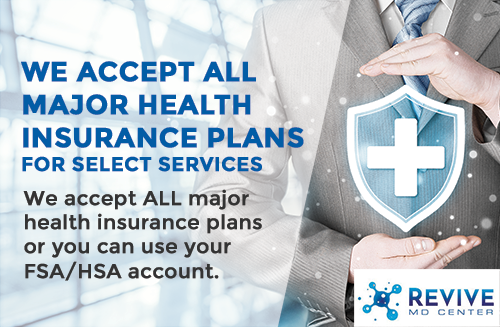